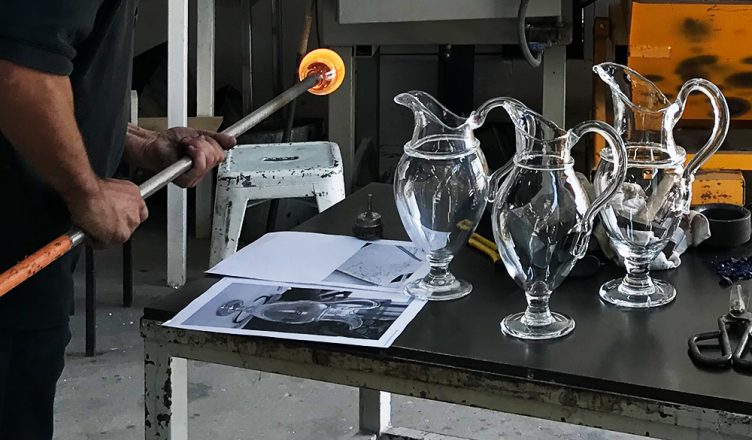 As part of the Mingei project, the Musée des Arts et Métiers is making a copy of a carafe dated in 1842, made by Georges Bontemps at his crystal factory of Choisy-le-Roi in France. This work is documented by an anthropologist of the Laboratory “Histoire des Techno-Sciences en Société” of CNAM. The recording of the glass master’s gestures using a sensor suit and different cameras is done by ARMINES Research Center in Paris and the Institute of Computer Science FORTH in Heraklion, Greece.

During the month of May, the Centre Européen de Recherches et de Formation aux Arts Verriers (CERFAV) already studied the re-enactement process of the carafe. In September and October, the teams worked together to reproduce the carafe and record the actions necessary to craft the 1842 Bontemps’ carafe. 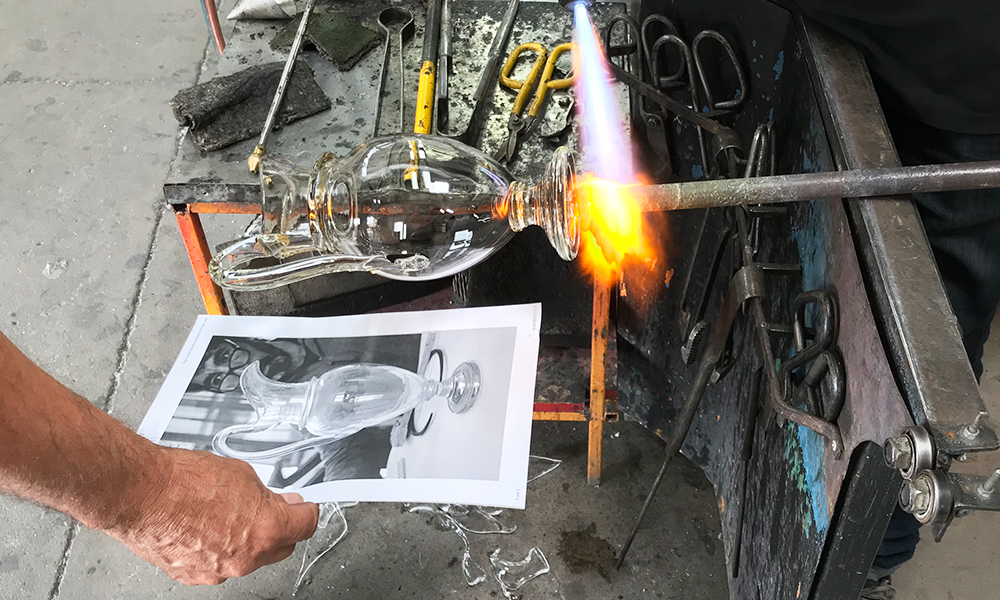 The manufacturing of the carafe

The master glassmaker Jean-Pierre Mateus and Dominique Jamis, former head of the hot-glass workshop at CERFAV, experimented with several techniques to assimilate the old carafe manufacturing process. More than twenty carafes were made before reaching a model similar to the original one. The manufacturing steps were as follows:

Two tools had to be specially created during the re-enactment process. First, a clapper in wood consisting of two rectangular pieces of wood joined at one end by a leather hinge and an aperture in one of the pieces of wood to squeeze a blob of glass in order to form the foot. Second, an experimental tool in soft metal created by the glassmaster to be able to make the cord between the body and the neck as thin as it is in the original carafe.

During this entire process, the anthropologist Arnaud Dubois has conducted an ethnography of this re-enactment consisting of an observation of the working activities, the documentation of these activities with photographs and films, and different formal and informal interviews of the two craftsmen. One of the methodologies used during this research interest has been to observe and document the “geography of the workshop” to understand the relation between the body, the tools, the matter and the space when the craft is performed. Using the general frameworks of the “operational sequence” as conceptualised by the French anthropologist André Leroi-Gourhan in 1965, this method helps the researcher to understand the complex interaction between the craft practitioners gestural and sensitive actions, the active role of matter and tools, and the ‘choreographic’ dimension of movement in the workshop as a fundamental characteristic of a craft practice. Because craft knowledge is mostly non-verbal, this methodology is very useful to define and document the technical gesture of a craft.

While the operational sequence has been understood by the anthropologist, members of ARMINES laboratory equipped the glassmakers with sensors to record their key gestures and monitor their breath. Then, five cameras, installed in the workshop by the engineers of FORTH, were used to document the interaction between the master glassmakers and complete the recording of their actions. 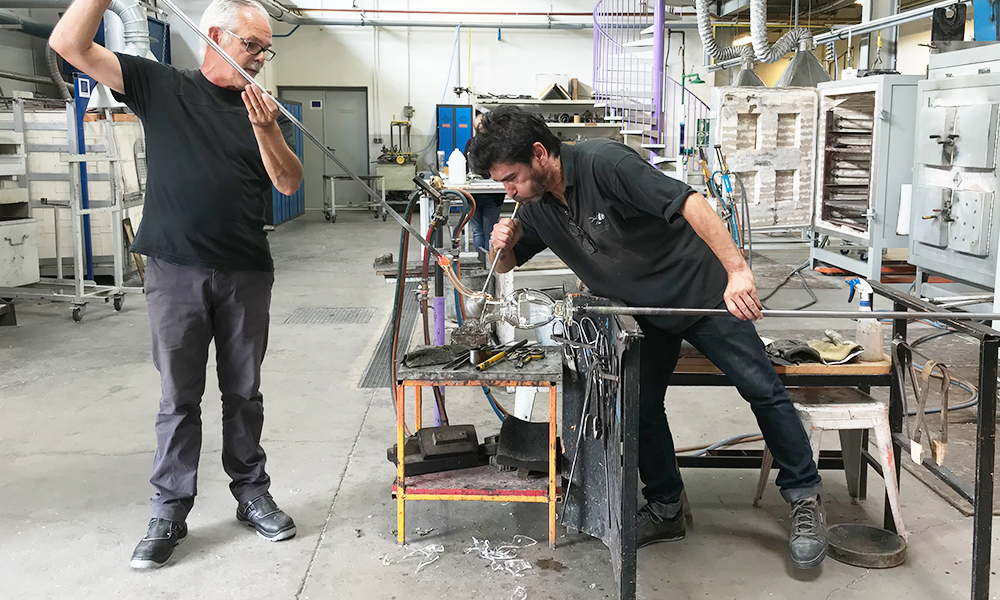 The collaboration between craftsmen, research-engineers and a social scientist permits to understand, reproduce, describe and document the tangible and intangible know-how embedded in the heritage artefact of the CNAM’s collection. The multiple discussions and several experimentations between these people from different background and disciplines create a deep and new understanding of the carafe. An interesting thing of this collaboration has been also to help everyone to have a reflexive approach of his own work and methodology. The craftsman through his collaboration with the computer scientists rethought his technical gesture in a new way. The anthropologist who is working with the engineers thinks differently about the ethnographic methodology he could use to study technical gestures. And the research-engineers collaborating with an ethnographer need to be more precise and exhaustive in their digitisation.

In November, Arnaud Dubois will go to FORTH to work with the technological partners on the various materials collected. This collaboration between researchers in computer science and anthropology researchers aims to achieve a most accurate and realistic digital reproduction.