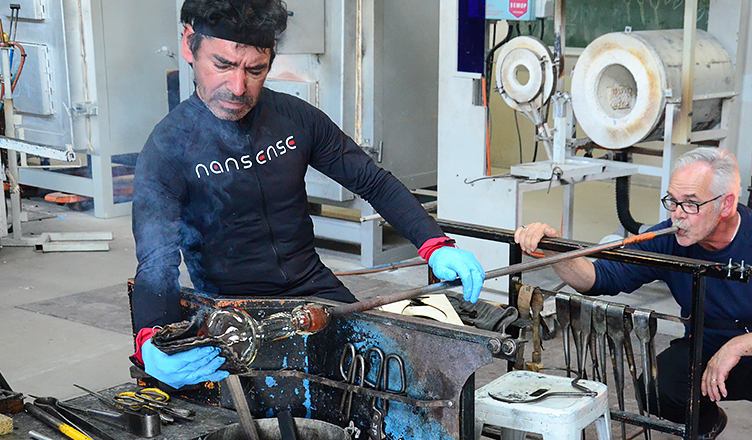 The essence of an expertly executed craft is too nebulous to define. This is the reason why Mingei uses a variety of methods to record and present traditional crafts to the public. However, the difference between an expert and a novice is not their ability to adhere to strict guidelines and instructions, but rather how well they can decide when to break the conventional rules and create something unique. Even more interestingly, those decisions are made subconsciously. The expert can decide what motion will be the most efficient and perform it precisely, seemingly without any preparation. Since the motion of the body is the most important tool of performing a craft, Mingei uses motion capture to document all the subtle details of an expertly execution.

Motion capture (MoCap) is the recording of the joint angles of the human body during a task. In our previous article, we explained our first steps in digitizing the crafters’ movements. Unlike standard video, the only thing that is recorded with MoCap is the human skeleton and its associated motions. Even though general information about the environment and the appearance of the person is lost, this method gives the motion of each joint in detail for all three dimensions. This is why it has been widely adopted for movies and video games as well as medicine for many years. However, until now, its use for preservation of crafts is relatively limited.

The workshop as recording environment

Very early in the MoCap sessions of Mingei, a few differences became apparent when recording for cultural heritage. The first and most significant difference was the environment. In most MoCap sessions in either entertainment or medicine, the recording environment is heavily controlled. The sessions are most of the times indoors, in a room specifically used for MoCap, and whatever tool is required, is usually a stage prop. In contrast, within the Mingei project, all the recordings had to be done in the actual workshop or field while the expert interacted with the equipment as they normally would. As a result, the MoCap was done to be as unobstructive as possible to allow the expert the freedom to perform.

At the glass-blowing pilot for example, the recording did not stop from the moment the expert picked up the molten glass until he was finished. On the other hand, silk-weaving required the expert to use different equipment during the whole process and therefore the MoCap was segmented based on that. Mastic cultivation tasks are performed throughout the year, with weeks passing between them. Therefore, the most distinct tasks were selected and recorded consecutively.

Another difference regarding MoCap for cultural heritage crafts is that the expert’s gestures are almost exclusively unique. Even when they perform the same task, they will almost always change their motions to account for small variations in the material they are working on. What is more interesting, is that small changes in motion are important because they highlight the expertise (i.e. a novice won’t do them). This is in stark contrast with motions of an industrial worker that operates machinery, or an actor who will perform the same motions many times, or even a patient who will try to keep their movement consistent. The point here is that in cultural heritage crafts, small variations in motion encapsulate proficiency, while in other cases, they are mostly random.

In conclusion, the experience with Mingei showed that the MoCap recordings have some unique requirements. The environment and the end-product will have a lot more impact on the recording protocol than in other cases. In a different context, it is more important to identify a pattern from accumulated data of multiple individuals with a varying level of expertise. In crafts however, each motion of the expert is “valued” more even if it appears only a few times.